Let me first start by saying a huge congratulations to all of you receiving your results today.  You have done so well, and now starts a wondeful (hopefully) 3 or 4 years.  You will have a lot to learn, a lot to spend time on, a lot of decisions to make about options and future career choices.  You will also spend time doing extra-curricular activities whether law related or otherwise.  Making friends, going out, playing sports etc. Enjoy it.

It is one set of exams, 2 years of your life.  That isn’t the end of the world.  You also still have options, clearing, taking a year out, resitting your exams.

If you do go through clearing, then pick a university that is right for you… not just one that offers the course you want.  Now I know that for some of you, you just want to get to uni and study law and live the university life, but you want to make sure you are happy somewhere.

I also appreciate that ringing up to try and find something on Clearing, doesn’t always give you the best idea as to what something is like… so quickly do some research.  Look at their website and also social media!

So whatever you have deciced to do, remember you can turn it around.  If you are taking a year out, maybe look at some legal work experience or volunteering.  Or, go and build up some life experiences.  Being a great lawyer isn’t just about being an excellent lawyer, it is about what makes you, you.  Your hobbies, your life experiences, your part time jobs etc.

And finally, if you are about to head off to University, enjoy it!

If you have any questions about what to do, where to study, or what to expect at law school – then drop me a message.  Contact me on here, via my contact page or on any of my social media channels.  Don’t forget I have a facebook group just for law students, so come over and join that!

p.s. if you fancy some pre-law school reading then check out my ebook here, or if you would like to purchase it, then click here to pay via paypal, and you will be sent the ebook within 24 hours.

So I have just seen the trailer for The Children Act, and rushed to social media to share it with you all. So after that, I had to jump on here and share the link with you as well.

A quote from the trailer, “I am always too busy, the law can take over your life”.

You need to watch this trailer, watch below or click here now.

It looks at the legal system, but also looks at Jehovah’s Witnesses and how they don’t accept other people’s blood etc.  A topic covered in great depth on many a medical law module.

It opens the world to the legal discussions and debates that go on, it also shows how heartwrenching these decisions can be for those involved, and that includes the lawyers and judges.  It also shows people what judges really think about topics like this, and I don’t mean that as a generalisation.

Over the last year the nation has been gripped with medical ethics newstories, about ending treatments on very poorly children, and multiple others.  For years we have also watched the stories of those fighting for changes to assisted dying laws for people suffering from degenerative conditions etc.

I am so pleased that people are reading and speaking about these topics.  I am pleased  that this film highlights (or hopefully will when I see the full film) that it isn’t an inpersonable decision, and that lawyers and judges don’t just feel nothing.

These are highly emotive situations, and ultimately they have to go with what sits best in relation to the welfare of the child.  And sometimes, that means that the decision made, is not what the family or millions of media supporters want to see.  But it is ultimately, given the circumstances, what is best for the child.

The full information from the official trailer is here:

Based on the acclaimed novel by IAN MCEWAN.

“When a court determines any question with respect to the upbringing of a child, the child’s welfare shall be the court’s paramount consideration.” The Children Act, 1989

Based on the much-loved novel by Ian McEwan (Atonement) and brought to the big screen by director Richard Eyre (Notes on a Scandal, Iris), THE CHILDREN ACT is a compelling and powerful drama telling the story of Fiona Maye (Emma Thompson), an eminent high court judge presiding over ethically complex cases. As the demands of her job cause her marriage to Jack (Stanley Tucci) to reach tipping point, Fiona is asked to rule on the case of Adam (Fionn Whitehead), a brilliant young boy who is refusing a life-saving blood transfusion on religious grounds. With her private life in turmoil, Fiona finds herself drawn into the case, taking the unorthodox step of halting proceedings in order to visit Adam in hospital. As the two form a profound connection and powerful emotions come to light, Fiona’s judgement is put to the test with momentous consequences as she must ultimately decide whether Adam lives or dies.

I can’t wait to go and watch it, so far they are saying it is being released in August 2018. As soon as I have dates I will let you know!

Whilst I am running changes to the official ebook purchase page you can purchase the ebook two ways.

If you have a paypal account already set up, then just use this link to pay me the £12.99 for the ebook and then I can send the download link.  I will be checking on the link everyday – so you will receive the ebook within 24 hours of purchasing!

You will have seen that over the last year or so I have written a couple of blog posts about Crime Live and the events that they have run.  I mentioned about one in Cardiff last year.  There is also a similar type of event running at The National History Museum called Crime Scene Live and they started a few dates last year/early this year and they have added even more dates.

Back to Crime Live in London…

On the 10th May between 2-5pm and 7-10pm there are two events at BPP (The Lecture Theatre 137 Stamford Street, Lambeth, London, SE1 9NN, United Kingdom).  Crime Live in London is brought to you by Inside Justice and these events are open to students and the public.  It will be a great insight into the ‘behind the scenes’ investigative processes of a murder investigation.

Brought to you by Inside Justice, the UK charity dedicated to investigating alleged miscarriages of justice the event will give you the opportunity to see behind the scenes of a murder crime scene and the investigation. Tracy Alexander, Director of Forensic Services at City of London Police, and Jo Millington, Senior Blood Pattern Analysis Expert, have a combined experience of over 45 years and are internationally recognised. Don’t miss the chance to be in the audience to watch them as they lead you through the investigative process.

Tickets cost £20.00 for an adult and £10.00 for a student (if you have student ID). For more information on age requirements or other frequently asked questions etc. check the links below.

Interested in attending the 2-5pm session, book on Eventbrite here:

Interested in attending the 7-10pm session which includes a free glass of wine, book here:

I am gutted that I can’t attend one of these events as it is the sort of thing I would love and be a total geek over, but I have work.

Do let me know if you attend!

So today I received an email and things like this always make my day, I have been nominated again for a Rising Star Award in Law for 2018.  I have just filled in the “Additional Information” that they require.

I never set up my blog to be nominated for awards or win them, but it does mean the world that people put me forward for them.  I never expected anyone to read my blog, let alone nominate me for awards such as this.  It is nice to know that the content I put out and share helps/supports/or is just of interest to my readers.

You will remember that last year I was nominated for a Rising Star Award and then made it into the Top 10 Shortlist for Rising Legal Stars 2018 which was just amazing – and I was so proud to get that far.  You can read more about that here.

I am not sure whether I will get shortlisted again, but if not, thank you all, for your ongoing support and encouragement for my blog.

By way of an update and when I will find out if I have been shortlisted, this is the time frame for the Rising Star Awards 2018:

Key dates for the awards

If you know anyone in the legal profession that you think deserves to be nominated for a Rising Star Award then please do nominate them here.

I can’t wait to check out the other nominees and also see who gets shortlisted.  It is always great to celebrate the achievements of others and see what wonderful things they are doing in the legal profession. 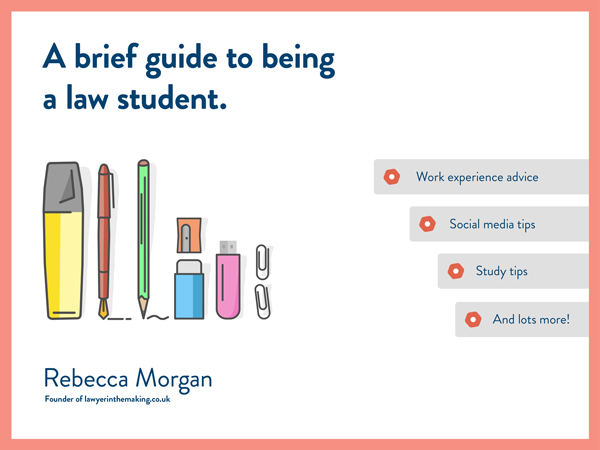